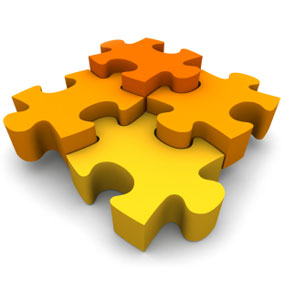 Coherence is Needed for Continued Sustainability

Since early in 2008 my colleague, Fred Giasson, has been authoring a series of important blog posts on ‘exploding the domain.’ Exploding the domain means to make class-to-class mappings between a reference ontology and external ontologies, which allows properties, domains and ranges of applicability to be inherited under appropriate circumstances. Exploding the domain expands inferencing power to this newly mapped information.

Fred first used the phrase in an April post that introduced the concept:

Since that time, Fred has continued to explore these implications. In an August posting looking at UMBEL as a possible reference framework for mapping and exploding domains, Fred stated,

“. . . once we have the context in place, we are on our way to achieve coherence. UMBEL is 100% based on OpenCyc and Cyc, which are internally consistent and coherent within themselves. We thus use these coherent frameworks to make the mappings to external ontologies coherent, too.

The equation is simple:

The thrust of this analysis was to show how UMBEL subject concepts can act to create context (his emphasis) for linked classes defined in external ontologies. Where the individuals in a dataset are instances of classes, and some of these classes are linked to UMBEL (or a similar contextual structure), these subject concept classes also give context to those individuals.

Finally, and most recently, Fred demonstrated how the use of UMBEL could explode DBpedia’s domain by linking classes using only three properties: rdfs:subClassOf, owl:equivalentClass and umbel:isAligned. (And, as I noted in an earlier posting this week, those mappings have now been made bi-directional from DBpedia to UMBEL as well.)

As we discuss and apply these concepts we are starting to see some further guidelines emerge. Presenting these is the purpose of this post in this ongoing exploding the domain series.

The Mere Existence of Classes is Not Enough

Since its inception, DBpedia has had a class structure of sorts, first from the native Wikipedia categories from which it was derived and then with the incorporation of the YAGO structure (based on WordNet concept relationships). Yet we have claimed that class structure has truly only recently been brought to DBpedia with the mappings to UMBEL. Why? Does not DBpedia’s initial class structure meet the test?

(BTW, these same questions may be applied to some of the other large data structures beginning to emerge on the semantic Web such as Freebase. But, those are stories for another day.)

There are really two answers to these questions. First, the mere existence of classes is not enough; they must actually be used. And, second, the nature of those classes and their structure and coherence are absolutely fundamental. This subsection addresses the first point; the following the second; with both aided by the table below.

There has been a class structure within DBpedia from inception, which was then supplemented a few months after release with the YAGO structure. The starting Wikipedia structure showed early issues which began to be addressed through a cleaned Wikipedia category class (CWCC) hierarchy. These relationships were established with the rdf:type predicate that relates an instance to a class. The classes themselves were related to one another through the rdfs:subClassOf predicate. These class relationships allowed the linked classes to be shown in a hierarchical (taxonomy-like) structure.

Initially, in the case of the beginning Wikipedia categories, the internal class relationships were weak. This was somewhat improved with the addition of YAGO and its WordNet-based concept relationships (with better semantics).

However, these class relationships were (to my knowledge) never mapped to any external structures or ontologies. If used at all, they were only implied for ad hoc navigation within the internal instance data.

Really, anyone could have approached DBpedia at this point and began an effort of mapping its existing class structures to external data. Indeed, we (as editors of UMBEL) considered doing so, but chose a different structure (see next section) for reasons of context and coherence.

The net result is that DBpedia and the other instances of the linking open data (LOD) cloud have remained focused and useful at the instance level, and not yet at the class level.

As we brought in UMBEL to provide a class structure to DBpedia and linked data, this circumstance began to change, as this table indicates:

Though shown for comparison reasons, the number of classes probably has no real importance.

The key argument in this subsection is that classes matter. Indeed, one of the current challenges before the linked data community is to understand and treat differently the issues of instances from classes. But, the question of whether one class structure is better than another is moot if class mappings are neglected altogether.

UMBEL’s reasons for not taking up the Wikipedia structure or the WordNet structure — that is, the initial structures within DBpedia — for its lightweight subject ontology was based on lack of coherence. I have spoken earlier about When is Content Coherent? regarding these arguments. Other analysis supports the conclusions in various ways [1].

A central (or “upper”) reference framework should be one that is solid and venerable. Over time, many subsidiary ontologies and structures will relate to it. Like a steel superstructure to a skyscraper or a structural framework to a large ocean-going tanker, this beginning structure needs to withstand many stresses and maintain its integrity as various subsidiary structures hang from it.

So long as we are still in “toy” mode with relatively few external mappings and relative few ontologies, simple class-to-class mappings without respect to the coherence of the underlying ontologies may be OK. But, we will soon (if not already) see that structural flaws, like slight perturbations at the Big Bang, may propagate to create huge discontinuities.

At the pace of development we are now seeing, there will be tens to hundreds of thousands of ontologies within the foreseeable future. Granted, for any given circumstance, only a minor few of those may be applicable. But the potential combinations still can defy imagination in terms of complexity and potential scope at widely varying scales.

At the scale of the Web, of course, there will never be a central authority (nor should there be) for “official” vocabularies or structures. Yet, just as certainly, those ontologies and structures that do share some conceptual and structural coherence and are therefore more likely to easily integrate and interoperate will (I believe) win the Darwinian race. Without some degree of coherence, these disparate structures become like ill-fitting jigsaw pieces from different puzzles.

As we watch structures and relationships accrete like layers in a pearl, we should begin with a solid grain of common sense and coherence. That is why we chose the Cyc structure as the basis of UMBEL — it provides one such solid, coherent framework for moving forward.

I am not sanguine that ad hoc, free-form ontological structures, created in the same manner as topic-specific articles in Wikipedia or as informal tags in bookmarking systems, will bring such coherence. But who knows? Perhaps on the Web where novelty and the joy of creation and exploration can trump usefulness, such could transpire.

But, when we look to linked data and semantic Web constructs finally achieving its potential in the enterprise to overcome decades of data silos, I suspect purposeful coherence will win the day.

Sustainable ontologies, which themselves can host and interoperate with still further ontologies and structures, will require coherent underpinnings to not collapse from the weight of keeping consistency. Just as our current highways and interstates follow the earlier roads before them, as early trailblazers we have a responsibility to follow the natural contours of our applicable information spaces. And that requires coherence and consistency; in other words, logic and design.

Vocabularies are Not Free Form

In the past few months there has been a remarkable emergence of interest in vocabularies and semantics (as traditionally understood by linguists). Today, for example, marks the kick-off of the first VoCamp get-together in Oxford, England, with interest and discussion active about potentially many others to follow. Peter Mika, Matthias Samwald and Tom Heath have each outlined their desires for this meeting.

I hope the participants in this meeting and others to follow look seriously at the issues of coherence and interoperability and sustainability. My caution is as follows: like tagging and Wikipedia, we have seen amazing contributions from user-generated content that have totally re-shaped our information world. However, we have not yet seen such processes work for structure and coherent conceptual relationships.

I believe participation and UGC have real roles to play in the emergence of coherent structures and vocabularies to enable interoperability. But I also believe they have not done so to date, and useful approaches to those will not emerge in a free-form fashion and without consideration for sustainability and coherence testing.

Putting this Context into Context

In these observations there is absolutely no criticism intended or implied with DBpedia or prior linked data practice. A natural and understandable progression has been followed here: first make connections between things, then begin to surface knowledge through the exploration of relationships. We are just now beginning that exploration through the use of classes, vocabularies and ontologies to explicate relationships. The fact that linked data and DBpedia first emphasized linking things and publishing things is a major milestone. It is now time to move on to the new challenges of structure and relationships.

There is much to be learned from other pathbreaking efforts such as the Open Biomedical Ontologies efforts and their attempts at coordination and standardization. As the demands and interests in interoperability increase, interfaces, consistency and coordination will continue, I believe, to come to the fore.

In another 18 months we will likely look back at today’s issues and thoughts as also naÃ¯ve in light of new understandings. The pace of discovery and learning is such that I believe best practices will remain fluid for quite some time.

[1] An exact analysis related to our arguments of coherence has not been made, but related studies point to these observations in part or in slightly different contexts.

Wordnets tend to be star-like in structure, with sparse relations, and dominated by a few hub clusters. c.f., Holger Wunsch, 2008. Exploiting Graph Structure for Accelerating the Calculation of Shortest Paths in Wordnets, in Proceedings of Coling 2008, Manchester, UK, August 2008. See http://www.sfs.uni-tuebingen.de/~wunsch/wn-shortest-paths.pdf.

headline:
‘Exploding the Domain‘ in Context
alternativeHeadline:
author:
Mike Bergman
image:
description:
Coherence is Needed for Continued Sustainability Since early in 2008 my colleague, Fred Giasson, has been authoring a series of important blog posts on ‘exploding the domain.’ Exploding the domain means to make class-to-class mappings between a reference ontology and external ontologies, which allows properties, domains and ranges of applicability to be inherited under appropriate […]
articleBody:
see above
datePublished:
September 24, 2008

2 thoughts on “‘Exploding the Domain‘ in Context”