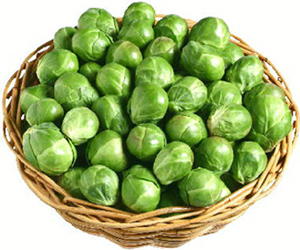 You Can Make a Contribution by Adopting These Standards

You may have observed some changes to my masthead thingeys. I have added a couple of new icons

If you click on either icon, you will see the respective FOAF or SIOC profile for my site, courtesy of Uldis Bojārs‘ SIOC browser (see below).

The truth is, today, these things are largely for the “insiders” working on semantic Web stuff. But the truth is also, tomorrow (and I mean that literally), you should know about these things and possibly adopt them for your own site [1].

You have likely noticed that I have repeatedly used the acronyms of FOAF, SIOC, DOAP and SKOS (among many others!) in my recent postings. What is interesting about this alphabet soup is that they represent sort of “standard” ways to discuss people, communities, projects and “ontologies” within the semantic Web community. So, the first observation is that it is useful to have “standard” ways to describe anything.

Each of these standards is an RDF (Resource Description Framework) ontology or, perhaps in a more understood way, a common vocabulary and world view about how to discuss something. (By the way, don’t get all confused in such discussions with XML; XML is but one way of how you might describe something — which may or may not apply to any given semantic Web concept — versus what you are actually describing.)

Just as Wikipedia or Google have emerged as the “standards” within their domains, these RDF ontologies may or may not survive the brutal survival of the fittest within their own domains. So, I’m not asserting whether any of these formats is going to make it. But I am asserting that such formats are part of the emerging structured Web.

In fact, in one back story to the recently completed WWW 2007 conference in Banff, Alberta (a rousing success by all accounts!), Tim Berners-Lee noted he only wanted to have his photo taken with those who already had a FOAF profile!

The Start of Good Nutrition

A typical concern about the semantic Web is, “Who pays the tax?” In other words, to get the advantage of the metadata and characterizations of content that allows retrieval and manipulation at the object level (as opposed to the document or page level), why do it? Who benefits? Why incur the effort and cost?

We all now understand the benefits of an interlinked document world. We see it many times daily; indeed, it is now such a part of our cultural and daily life as to go unquestioned. Wow! How could that have happened in a mere decade?

The same thing is true for these semantic Web and RDF ontology constructs. We need to keep twirling the stick until enough friction takes place to cause the fire’s spark.

So, anyone interested in this next phase of the Web — that is, the move to structure and linked data — needs to eat their greens. The advantages of large numbers of the small percentage and network effects will cause this fire to grow hot. The real point behind such efforts, of course, is that if no one listens it is unimportant; but if many listen, importance grows as the function of this network effect.

Of course, over time, the mechanisms to create the structure upon which the semantic Web works will occur automatically and in the background. (Just as today many no longer hand-code the HTML in their Web pages.) But learning about the general structure of RDF and spending some time hand-coding your own FOAF profile is a worthwhile start to good semantic nutrition.

Do you remember your first attempt to learn HTML? What was it like to learn how to effectively query a search engine? What are the other myriad ways we have learned and adopted to this (now) constant Web environment?

So, assuming you want to get a bit exposed and expose your own Web site to these standards, what do you do next? Not to be definitive, but here are some approaches solely from my own standpoint as a blogger who uses WordPress. Other leading blog and CMS software have slightly different requirements; just search on your brand in combination with one of the alphabet soup acronyms.

FOAF is kind of fun. FOAF is an RDF vocabulary for describing people, organizations, and relations among them (see here for specification). My own observation is that it is less used for the friend part and more as a self-description.

Conceptually, FOAF is simple: Who are you, and who are your friends? Yet it is broadly extensible to include any variety or details in terms of personal, family, work history, likes, wants and preferences (via the addition of more namespaces). And, unfortunately, it is also generally pretty crappy in how it is applied and installed. So, if you truly wanted to get your picture taken with TimBL, what the heck should you do?

First, learn about FOAF itself. Christopher Allen in his Life with Alacrity blog [2] wrote a good introduction to FOAF about three years ago. He explains online FOAF services to help you craft your first foaf.rdf file, validation services, and other nuances.

Next, you will need to publicize the availability of your FOAF profile. Perhaps the best known option for WordPress is the FOAF Output Plugin from Morten Frederiksen. This is the most full-featured option, but it is also abstract and difficult to follow from an installation and configuration standpoint [3]. (Pretty common for this stuff.) I personally chose the FOAF Header plug-in by Ben Hyde (with MIT’s Simile program), which was simple, direct and it works.

Once you’ve got a basic profile working, it is then time to really tweak your profile according to your needs and desires. To really configure your profile, consult the FOAF vocabulary. Note that not all FOAF statements are stable. (That is, third-party apps may not parse or support the statements.) Please also note that FOAF has no mechanism to restrict or limit information to different recipients. Only put stuff in your profile that you want to be public.

You may also want to check out these personal FOAF profiles or the FOAF bulletin board to get some great examples of different FOAF content and styles.

SIOC provides methods for interconnecting discussion methods such as blogs, forums and mailing lists to each other (see here for specification). There is a partial compilation of SIOC-enabled sites on the ESW wiki.

Uldis Bojārs (nick CaptSolo) is doing a remarkable job across the board on these RDF standard ontology issues. First, he has written the definitive browser for these protocols, the SIOC browser. Second, he has contributed with others in the SIOC community to create general SIOC exporters for aggregators, DotClear, Drupal, mailing lists, a PHP API, phpBB and WordPress [4]. It is the latter version that I use on my own blog (the installation of which I initially documented last August).

Third, Uldis has written the Firefox add-on Semantic Radar. Semantic Radar inspects Web pages and detects links to semantic Web metadata from SIOC, FOAF or DOAP. When any of these forms are detected, its accompanying icon displays in the Firefox status bar and, if clicked, then displays the profile record in the SIOC browser. Very cool. (And, oh, BTW, Uldis is also one of the most helpful people around! 🙂 )

Another cool option of Semantic Radar is that it pings Ping the Semantic Web (PTSW) when it detects a compliant site. PTSW is itself a highly useful aggregator of the semantic Web community and is one of Frédérick Giasson’s innovations exploiting interlinked data. This is a good site to monitor RDF publishing on the Web and new instances of sites that comply with the alphabet standards.

So, with the addition of the icons above, I’m now eating my greens! And, you know what, they’re both fun and nutritious.

I will continue to add to and improve my various online profiles. In the immediate future, I also plan to add DOAP and SKOS characterizations of my site and work. Now, back to the hand coding . . . .

[1] If one looks to early bloggers or early podcasters or whatever, the truth is that first users tend to get more traffic and attention. If you are a new blogger today, for example, the sad truth is that your ability to find a large audience is much reduced. Of course, that statement does not mean that you can not find a large audience (if that is your objective, and I don’t mean to suggest the only meaningful one either!), just that that percentage likelihood is lower today than yesterday.

[2] Chris has really scaled back on his online writing, which is a shame. His blog and the quality of his material was one of the reasons I took up blogging myself two years ago.

[3] Too many semantic Web options are hard to understand, install, configure or use. Too bad; the FOAF Output plug-in has mostly really good stuff here that most casual users would never consider.

headline:
Eat Your Greens: FOAF and SIOC are Good for You
alternativeHeadline:
author:
Mike Bergman
image:
description:
You Can Make a Contribution by Adopting These Standards You may have observed some changes to my masthead thingeys. I have added a couple of new icons (stage right, upper quadrant) to (hopefully) more prominently display some important stuff. These icons are for some standard RDF ontologies that are becoming prevalent, FOAF (Friend of a […]
articleBody:
see above
datePublished:
May 15, 2007

2 thoughts on “Eat Your Greens: FOAF and SIOC are Good for You”