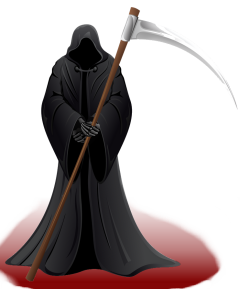 AI Brings an End to an Era

OpenCyc is no longer available to the public. Without notice and with only some minor statements on Web pages, Cycorp has pulled OpenCyc from the marketplace. It appears this change occurred in March 2017. After 15 years, the abandonment of OpenCyc represents the end of one of the more important open source knowledge graphs of the early semantic Web.

OpenCyc was the first large-scale, open-source knowledge base provided in OWL format. OpenCyc preceded Wikipedia in a form usable by the semantic Web, though it never assumed the prominent position that DBpedia did in terms of helping to organize semantic Web content.

OpenCyc was first announced in July 2001, with the first release occurring in 2002. By release 0.9, OpenCyc had grown to include some 47,000 concepts in an OWL distribution. By the time of OpenCyc’s last version 4.0 release in mid-2012, the size of the system had grown to some 239,000 concepts. This last version also included significant links to DBpedia, WordNet and UMBEL, among other external sources. This last version included references to about 19 K places, 26 K organizations, 13 K persons, and 28 K business-related things. Over the course of its lifetime, OpenCyc was downloaded at least 60,000 times, perhaps more than 100,000, and was a common reference in many research papers and other semantic Web projects [1].

The company has indicated it may offer a cloud option in the future for research or educational purposes, but the date and plans are unspecified. Cycorp will continue to support its ResearchCyc and EnterpriseCyc versions.

Reasons for the Retirement

Cycorp’s Web site states OpenCyc was discontinued because OpenCyc was “fragmented” and was confused by the technical community with the other versions of Cyc. Current verbiage also indicates that OpenCyc was an “experiment” that “proved to be more confusing than it was helpful.” We made outreach to senior Cycorp officials for additional clarification as to the reasons for its retirement but have not received a response.

I suspect the reasons for the retirement go deeper than this. As recently as last summer, senior Cycorp officials were claiming a new major release of OpenCyc was “imminent”.  There always appeared to be a tension within the company about the use and role of an open source version. Key early advocates for OpenCyc, including John De Oliveira, Stephen Reed and Larry Lefkowitz, are no longer with the company. The Cyc Foundation established to support the open source initiative was quietly shut down in 2015. The failure last year of the major AI initiative known as Lucid.ai, which was focused on a major commercialization push behind Cyc and reportedly to be backed by “hundreds of millions of dollars” of venture capital that never materialized, also apparently took its toll on company attention and resources.

Whatever the reasons, and there are likely others, it is hard to see how a 15-year effort could be characterized as experimental. While versions of OpenCyc v 4.0 can still be downloaded from third parties, including a fork, it is clear this venerable contributor to the early semantic Web will soon be available no longer, third parties or not.

As we began the KBpedia effort, it was clear to us that major design decisions within Cyc (all versions) were problematic to our modeling needs [3]. Because of its common-sense nature, Cyc places a major emphasis on the “tangibility” of objects, including “partial tangibility”. We also found (in our view) major modeling issues in how Cyc handles events v actions v situations. KBpedia’s grounding in the logic and semiosis of Charles Sanders Peirce was at odds with these basic ontological commitments.

I have considered at various times writing one or more articles on the differences we came to see with OpenCyc, but felt it was perhaps snarky to get into these differences, given the different purposes of our systems. We continue to use portions of OpenCyc with important and useful subsumption hierarchies, but have also replaced the entire upper structure better reflective of our approach to knowledge-based artificial intelligence (KBAI). We will continue to retain these existing relations.

Thus, fortunately, given our own design decisions from some years back, the retirement of OpenCyc will have no adverse impact on KBpedia. However, UMBEL, as a faithful subset of OpenCyc designed for possible advanced reasoning, may be impacted. We will await what form possible new Cycorp initiatives takes before making any decisions regarding UMBEL. Again, however, KBpedia remains unaffected.

So, it is with sadness and regret that I bid adieu to OpenCyc. It was a noble effort to help jump-start the early semantic Web, and one that perhaps could have had more of an impact had there been greater top-level commitment. But, like many things in the Internet, generations come and go at ever increasing speed.

OpenCyc certainly helped guide our understanding and basis for our own semantic technology efforts, and for that we will be eternally grateful to the system and its developers and sponsors. Thanks for a good ride!

[1] You can see some of these statistics yourself from the Wayback Machine of the Internet Archive using the URLs of http://www.opencyc.org/, http://www.cyc.com/, https://sourceforge.net/projects/opencyc/ and http://cycfoundation.org.
[2] The intent of UMBEL is to provide a lightweight scaffolding for relating concepts on the Web to one another. About 99% of UMBEL is a direct subset extraction of OpenCyc. This design approach was purposeful to allow systems linked to UMBEL to further reach through to Cyc (OpenCyc, but other versions as well) for advanced reasoning.
[3] I discuss some of these design decisions in M.K. Bergman, 2016. “Threes All the Way Down to Typologies,” blog post on AI3:::Adaptive Information, October 3, 2016.

headline:
Fare Thee Well, OpenCyc
alternativeHeadline:
AI Brings an End to an Era
author:
Mike Bergman
image:
http://www.mkbergman.com/wp-content/themes/ai3v2/images/2017Posts/grim-reaper-sml.png
description:
OpenCyc is no longer available to the public. Without notice and with only some minor statements on Web pages, Cycorp has pulled OpenCyc from the marketplace. It appears this change occurred in March 2017. After 15 years, the abandonment of OpenCyc represents the end of one of the more important open source knowledge graphs of the early semantic Web.
articleBody:
see above
datePublished:
April 4, 2017