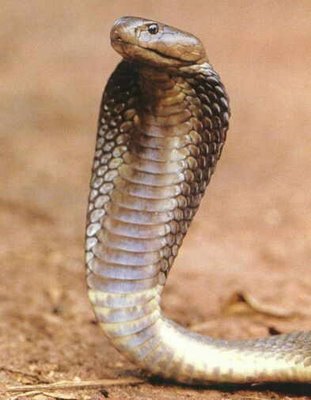 In the Future, All of us May be SysAdmins

OK, well, I just finished moving and upgrading some dozen Web sites and wikis, including this one — my main blog — over the weekend, from fixed stuff to the “clouds“. Believe you me, there were some pretty massive changes required.

For someone like me who is relatively clueless about such things, the process has been interesting (to say the least).

It seems like our modern era either involves moving digital things or converting digital things. As for moving, we all experience that laptop or hard drive dying, and then the move. (The Death of a Laptop actually happened to my wife this past week.) But it also is changing providers and venues — what caused me to move all of these Web sites.

At the risk of dating myself, when I was in college we still used slide rules; truly the end of an era. Just a year or two later everyone transitioned to having TI or HP calculators, some they wore on their hips like some PDAs and cell phones today.

I won’t bore everyone with my own transition from my first computer (an HP 9100 with 4K RAM and program listings on cash register tapes) through many others including a DEC Rainbow PC with CP/M (a beauty!). For many years, as we moved into the PC era and IBM legitimized the shift, every computer I bought seemed to cost about $3000. Each one was more capable, etc., but they all cost the same.

What has been the real constant across these decades has been system and data migration. Granted, many of the docs and many of the systems in my own experience from 30 yrs ago have no relevance today (god, do I miss WordPerfect with its embedded, editable codes!), but actually an important minor portion do.

For these, I need to move both apps and data (with readable formats) for each generational transition.

I know that organizations, like the Library of Congress in its NDIIPP program, need to worry about digital preservation, potentially for millenia. These are worthwhile concerns.

But, from my own more prosaic standpoint, I see this issue with my own lens and own bas relief. I am constantly moving apps and data, each transition much like a snake shedding its skin.

It makes one wonder about the effort and process by which the entire meaningful cultural history of our species continues to adapt and transition forward.

Getting Back to Real

Hmmm. All of us have seen these transitions and the loss of productivity they bring in that shift. (Some might argue that the lack of productivity gains from computers until this decade was due to such transitions, which at least now with the Web we see a more common migration framework.)

I think we have no choice but to transition to the next latest and greatest as it emerges. Automated means at acceptable cost for doing such transitions will also be attractive.

Living with transition thus becomes a clear constant for all us as we move forward. And, part of that is accepting downtime to screw around moving the keepable old to the potentially useful new.

After this weekend, I’m now ready for a couple of days off before the real work week begins (yeah, right, keep dreaming).

headline:
Minor Disruptions
alternativeHeadline:
author:
Mike Bergman
image:
description:
In the Future, All of us May be SysAdmins OK, well, I just finished moving and upgrading some dozen Web sites and wikis, including this one — my main blog — over the weekend, from fixed stuff to the “clouds“. Believe you me, there were some pretty massive changes required. For someone like me who […]
articleBody:
see above
datePublished:
August 23, 2009