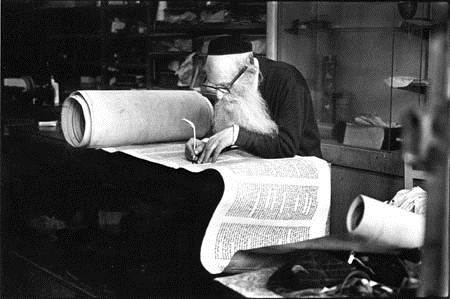 OK, you lurkers. You know who you are. You hang out on open source forums, learning, gleaning, scheming . . . . You want to dive in, make contributions, but the truth is that the key developers on the project are really quite remarkable and have programming skills you can’t touch. And, so, you lurk, and maybe occasionally comment.

On the other hand, you are likely a user and implementer. And you probably share with me the observation, which I make frequently here and elsewhere, that one of the biggest weaknesses of most open source projects is their (relative) lack of documentation.

Maybe you’re also no great shakes as a programmer. But you can write! (Actually, overcoming the fear to write is a still lower threshold condition to contributing code to an open source project). I don’t know if this picture is true for you, but it is true for me.

But there’s hope and there’s a role waiting for you. If you begin contributing documentation to a project, it won’t be long before you start discovering some valuable secrets:

Secret #1. Those developers you admire so much hate to document and will thank you for it. It is actually the rare case where a great developer is also a great writer and communicator.

Secret #2. While you’re afraid of actually touching the code, getting into the app to write about how to use it or its nuances will bring you up the learning chain tremendously! Just as it is a truism that to learn a subject one needs to teach it, to learn about software code one should document it.

Secret #3. If, like me, you are not a natural programmer, then influencing those who are able to tackle some of the development issues of key concern to you is perhaps a more effective use of time than a direct frontal assault on the code itself. Writing documentation is one way to perhaps play to your greater strengths while still making a valuable contribution.

Secret #4. Committed developers behind every worthwhile open source project are typically creative and innovative. It is always rewarding to interact with smart, creative people. Starting to become a documentation cog within a broader open source wheel is personally and socially rewarding.

Finally, the total scope of documentation required by a project also includes user support and response to user forums. If you can also pick up some of the slack answering questions from newbies, you will also be doing the overall project a favor by freeing up valuable developer time.

Every open source project worth its promise has way, way too much that needs to be done and the community desires. You don’t have to be a world-class code jockey to make a meaningful contribution. So, lurkers and writers unite! Roll up your sleeves and get that quill wet.

headline:
Lurkers (and Writers!) Unite
alternativeHeadline:
author:
Mike Bergman
image:
description:
OK, you lurkers. You know who you are. You hang out on open source forums, learning, gleaning, scheming . . . . You want to dive in, make contributions, but the truth is that the key developers on the project are really quite remarkable and have programming skills you can’t touch. And, so, you lurk, […]
articleBody:
see above
datePublished:
March 15, 2007