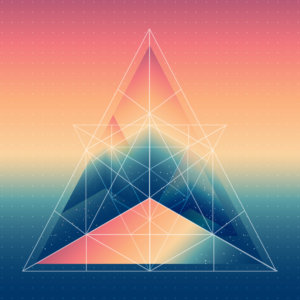 Discusses the Role of Order and Complexity in Knowledge Systems

I was very pleased when the editor of the ISKO Encyclopedia of Knowledge Organization (IEKO), Birger Hjørland, asked me to draft an article on ‘hierarchy’ for peer review. ISKO, the International Society of Knowledge Organization, is the leading international society to advance conceptual work in knowledge organization for all kinds and purposes, such as databases, libraries, dictionaries and the Internet.

Birger had seen my earlier treatment of the hierarchy concept in my book, and felt an expansion of what I had produced there could be of use to this community. I agreed subject to being able to frame the topic using the guidance of Charles Sanders Peirce, to which Birger readily assented. After considerable research and expansion, the draft received many useful comments during review. The resulting paper, with nearly 300 references, has now been published.

Hierarchies — real or artificial — abound to help us organize our world. A hierarchy places items into a general order, where more ‘general’ is also more ‘abstract’. The etymology of the word hierarchy is grounded in notions of religious and social rank. My article, after a broad historical review, focuses on knowledge systems, an interloper of the term hierarchy since at least the 1800s.

Hierarchies in knowledge systems express subsumption relations that have many flexible variants, which we can represent algorithmically, and thus computationally. My article dissects the dimensions of that variability, leading to a proposed typology of hierarchies useful to knowledge systems. The article argues through a perspective informed by Peirce that natural hierarchies are real, can be logically determined, and are the appropriate basis for knowledge systems. Description logics and semantic language standards such as RDF or OWL reflect this perspective, importantly through their open-world logic and vocabularies for generalized subsumption hierarchies.

I conclude the paper by highlighting recent research that suggests possible mechanisms for the emergence of natural hierarchies. These involve the nexus of chance, evolution, entropy, free energy, and information theory.

You may read the open access paper at https://www.isko.org/cyclo/hierarchy.