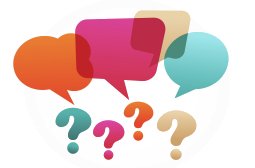 Thinking About the Interstices of the Journey

It actually is a dimmer memory than I would like: the decision to begin a blog eight years ago, nearly to the day ([1]). Since then, for every month and more often many more times per month, I have posted the results of my investigations or ramblings, mostly like clockwork. But, in a creeping realization, I see that I have not posted any new thoughts on this venue for more than two months! Until that hiatus, I had been biologically consistent.

Maybe, as some say, and I don’t disagree, the high-water mark of the blog has passed. Certainly blog activity has dropped dramatically. The emergence of ‘snippet communications’ now appears dominant based on messages and bandwidth. I don’t loathe it, nor fear it, but I find a world dominated by 140 characters and instant babbling mostly a bore.

From a data mining perspective — similar to peristalsis or the wave in a sports stadium — there is worth in the “crowd” coherence/incoherence and spontaneity. We can see the waves, but most are transient. I actually think that broad scrutiny helps promote separating the wheat from chaff. We can expose free radicals to the sanitizing effect of sunlight. Yet these are waves, only very rarely trends, and most generally not truths. That truth stuff is some really slippery stuff.

But, that is really not what is happening for me. (Though I really live to chaw on truth.) Mostly, I just had nothing interesting to say, so there was no reason to blog about it. And, now, as I look at why I broke my disciplined approach to blogging and why it has gone on hiatus, I still am a bit left scratching my head as to why my pontifications stalled.

Two obvious reasons are that our business is doing gangbusters, and it is hard to sneak away from company good-fortune. Another is that my family and children have been joyously demanding.

Yet all of that deflects from the more relevant explanation. The real reason, I think, that I have not been writing more recently actually relates to the circumstance of semantic techologies. Yes, progress is being made, some instances are notable, but the general “semantic web” or “linked data” enterprise is stalled. The narrative for these things — let alone their expression and relevance — needs to change substantially.

I feel we are in the midst of this intense interstice, but the framing perspective for the next discussions have yet to emerge.

The strange thing about that statement is not the basis in semantic technologies, which are now understood and powerful, but the incorporation of these advantages into enterprise practices and environments. In this sense, semantic technologies are now growing up. Their logic and role is clear and explainable, but how they fit into corporate practice with acceptable maintenance costs is still being discovered.

headline:
Pauses and Pursed Lips
alternativeHeadline:
author:
Mike Bergman
image:
description:
Thinking About the Interstices of the Journey It actually is a dimmer memory than I would like: the decision to begin a blog eight years ago, nearly to the day ([1]). Since then, for every month and more often many more times per month, I have posted the results of my investigations or ramblings, mostly […]
articleBody:
see above
datePublished:
May 15, 2013